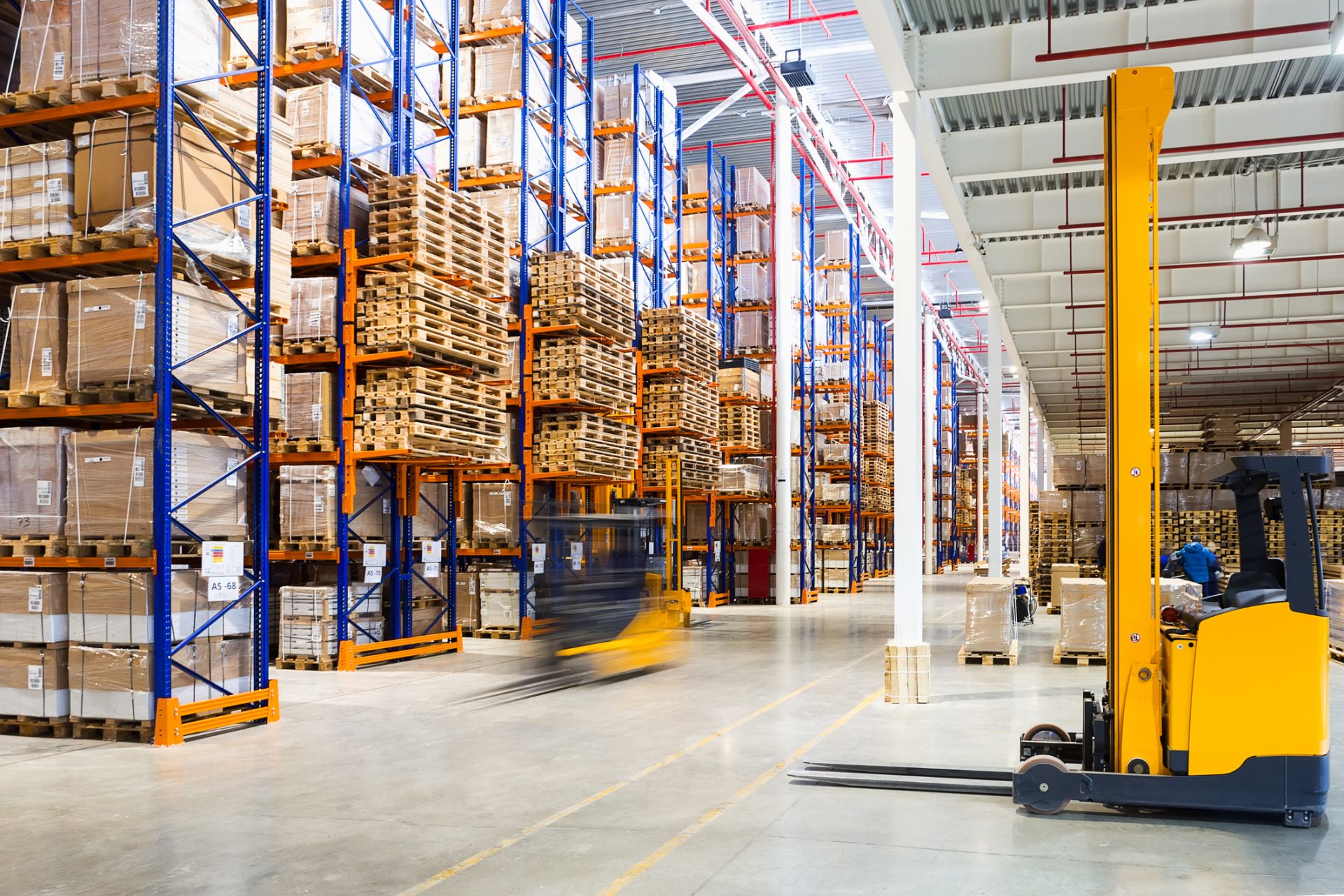 An increasing global focus on consumer rights combined with a tightening regulatory landscape and increasing push for transparency, mean that the risk of a product recall or contamination event is greater than ever before.

From food and beverage companies to manufacturers, medical suppliers to automotive firms, there are a vast number of companies that face the very real risk of having to conduct a product recall.

The approach to managing this risk varies greatly from country to country and industry to industry, however. While some companies are mandated by law to have a recall management plan in place, others assume a simple reverse logistics exercise would be all that’s needed in the unlikely event that a recall occurs.

Whichever way you look at it, it’s a complex issue, made even more so by the fact that no recall or contamination event is likely to follow a company’s most well-rehearsed plans.

Therefore, to understand the risk in more detail, StrategicRISK canvassed the views of more than 60 risk professionals from Asia-Pacific and Europe who work for a company where product recall is a risk to their business.

The results didn’t surprise Avi Mudaliar, head of risk and insurance at Lederer Group, which owns, among other things, manufacturer Tomkin Australia and Real Dairy Australia.

“Everyone should be concerned about brand damage. If you look at what [brand damage] is above in the survey results – fines, legal recourse, loss of earnings, etc – those can often be avoided if you can control brand damage,” Mudaliar says.

“Once you lose your brand, the loss of earnings and erosion of market share and the disruption of your supply chain, become the collateral damage. It’s that upfront control of your brand [that] is 100% paramount.”

Willis Towers Watson head of corporate clients Mike Baker agrees that it’s the unknown element of a recall on a brand that concerns clients.

“It’s not just the first and third party costs related to a recall [that clients are concerned about], but it’s actually what the reputational and brand damage could be,” he says.

“If you look at some of the recent product recall incidents such as the Samsung Galaxy Note7 incident and the Takata airbags [recall]…. and the subsequent drop in the stock value of these companies, I think brand value and brand damage being ranked as number one in the survey is no surprise as it’s born out of real world events.”

Added to that concern, the rehabilitation costs associated with a ‘bungled’ recall are far higher than one that’s well managed.

“The MARS incident is a very good case in point,” explains Leung. “They had a small issue from a factory in the Netherlands but they decided to recall all of the products globally and, as a result, their brand value enhanced.

“The reverse is also true. A bungled product recall process could result in far higher fines, and far higher costs in terms of how you actually rehabilitate the brand, how you reestablish your trust with the regulators and your trust with your customers.”

RL Expert managing partner and reputation risk officer Leesa Soulodre concurs that loss of reputation, or brand damage, is now a main cause for board concern owing to its potential economic impacts.

“In the past year, recalls have had a significant impact on the world’s most renown and respected companies. Billions have been wiped off company’s market caps, criminal indictments have been filed and CEOs have been forced to resign,” she said.

A key reason behind ‘brand damage’ topping the StrategicRISK product recall survey is likely due to the shift in make-up of a company’s value.

Soulodre says: “The world has changed. With more than 80% of a company’s value now tied up in intangibles, it is no longer only about what a product, service or company has promised to its customers – it’s about its stakeholders perception of how well it fulfils its promises across the entire organisation.”

Mudaliar agrees that perception is paramount. But he adds that it’s also one of the hardest things for a company to control.

“Once people factor in perception, no matter what you say thereafter, they hear a snippet of information and all of a sudden they think they’re an expert on that particular subject or have intimate knowledge of your business,” he says.

Video: Top concerns
Former Aon crisis director Karina Rodriguez-Diaz outlines the top concerns of her clients when it comes to a product recall.

Another key finding from the survey was the likelihood of certain events to lead to a recall.

A fault in end product was chosen as the top reason that risk professionals surveyed have had to conduct a recall (22%). Coming in equal second, were ‘labelling or packing issues’, which was chosen by 19% of respondents, and ‘contamination of product’.

One thing that all respondents agreed on was that across the board the number of recalls is on the rise. In fact, in Australia alone, there are an average of 10 product recalls a week, according to reports.

The first is diversity of supply and the international market.

“This means that although there are carefully regulated industries, in many cases we see diversified suppliers from places where the standards may not be as one would hope,” Edmond said.

“The second [reason] is an awareness of a more litigious and consumer rights environment. Whereas people formerly might have thought that certain problems were part of the vicissitudes of life, now people see consumer rights and the obligations that flow from that.

“The third is probably based on both of those – an increase in regulator awareness and regulator activity.”

Edmond also points out the increasing trend for class actions to be funded by a third party.

“What we have now is a not just individual claimants but the potential for classes to be mustered, and to be funded, and a number of developments in the law are making litigation funding all the more easy.”

Respondents were also asked to rate their company’s ‘readiness’ to deal with a product recall event. From one (no plan) to five (tested and viable plans in place). The average score from the survey was 3.7 – an above-average result.

This surprised Swiss Re Corporate Solutions’ Leung, who suggests that optimism bias could be at play.

“Our experience is that clients who have brought product recall insurance and have told us that they have very robust recall plan, [often] have no idea of where to start and what to do when they have an actual incident,” he says.

“The relatively high score is probably also down to the fact that a lot of companies also tend to underestimate their actual recall exposures. So they’ve looked at one part of their overall exposures and think they’re ready and hence they’ve rated it relatively highly as opposed to what the reality is.”

A common way to boost readiness for a recall – or for any potential crisis – is to conduct training exercises and simulations.

This is a practice employed by the Myanmar Brewery, according to its head of risk management Jagath Guru.

“As product recalls could be a result of one of a few things that did not go right, it is always best to have regular mock recall practices, simulations or desktop exercises to get a feel of [the] level of tediousness and the scale of difficulty resulting from a process error and how it could possibly bring sleepless nights to the concerned few.”

Guru says this helps to generate ideas on the must-have damage controls that should be in place, as well as test individuals’ response to uncertain and stressful circumstances.

But there is an often a missing element to these simulation plans, according to AMR managing director Oliver Freedman.

He said many companies fail to consider what impact a crisis at their competitor could have on them.

For example, the Chinese milk scandal in 2008, which saw infant formulas recalled after they were found to be laced with melamine, impacted all producers of the product and not just those that were guilty of product tampering.

In a recall scenario, Freedman says it’s important to consider what a major recall crisis at one of your competitors would have on your business? What are the key actions and the key messages your company would employ to ensure that your reputation is not tarnished with the same brush?

Lederer Group’s Mudaliar adds that preparedness it needs to go beyond training exercises.

“You can do your simulation trainings, you can do exercises regarding traceability and supply chains etc. But ultimately for us it’s employing the right people that have a passion for the business. They’re coming wanting to add value. That’s a hard thing to achieve but if you have the right leaders that buy-in to the culture of what’s being established then you can certainly control it far better,” he says.

Chapter 4: Anatomy of a recall: After
Chapter 6: Recalls and reputation risk