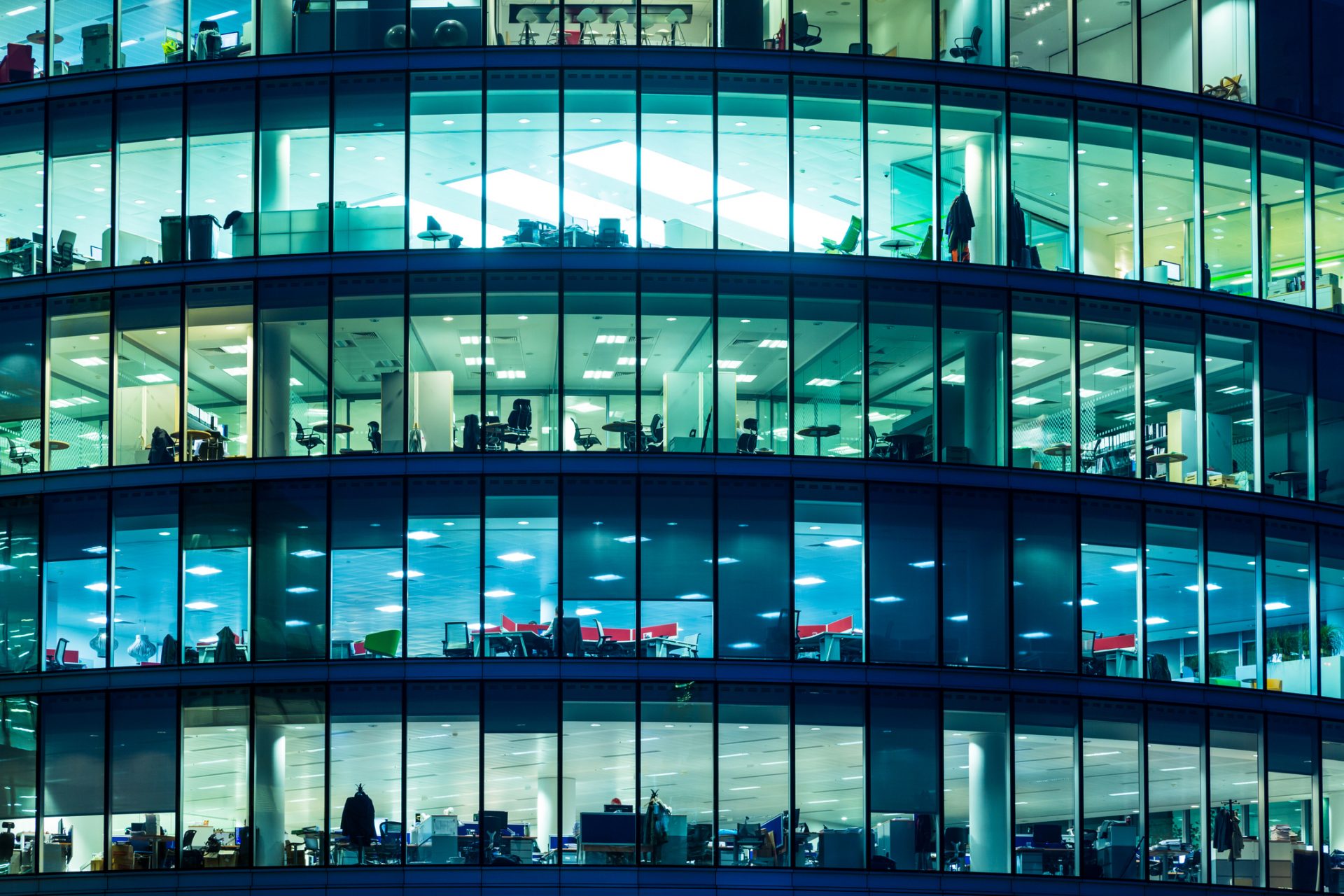 In jurisdictions around the world, there’s no denying that product recalls are becoming more common.

There are a number of reasons for this upward trend, says Clyde & Co managing partner John Edmond.

“The first reason is diversity of supply and international markets,” Edmond says.

“Although there are carefully regulated industries, we now see diversified suppliers from many places, where the standards may not be as one would hope.”

The second reason is owing to an increased awareness of consumer rights and a more litigious society.

“Whereas people formerly might have thought that certain problems were part of the vicissitudes of life, now people see consumer rights and the obligations that flow from that,” Edmond says.

“The third is probably based on both of those – an increase in regulator awareness and regulator activity.”

These three factors have combined to make the risk of legal action related to a product recall more likely today than ever before.

But when a product recall happens, just how likely is it that litigation will follow?

Edmond shares his views in this video, along with his key pieces of legal advice for directors and officers in the following video.

Taking the Australian market as a case study – where there are, on average, 10 product recalls a week, and an increasing trend for class action law suits – we asked Miriam Stiel from law firm Allens, for her legal perspective when it comes to product recalls.

Australia, recalls and the law

With the number of product recalls being conducted in Australia on the rise, suppliers of goods – manufacturers, wholesalers, importers, distributors and retailers – need to understand their obligations under Australia’s product safety laws and be well prepared to deal with a recall.

The legal obligations to recall products are supplemented by a variety of non-statutory guidelines issued by government agencies and industry associations. The obligations on suppliers will vary depending upon whether the recall has been mandated or the supplier has chosen to voluntarily recall products, with benefits for suppliers who are proactive and utilise the voluntary procedure.

1. The product safety regime in Australia
The primary source of a supplier’s obligations in relation to product safety is the Australian Consumer Law (the ACL), which forms Schedule 2 to the Competition and Consumer Act 2010 (Cth). Equivalent provisions are contained in state and territory fair trading legislation. As well as imposing obligations regarding product recalls, the ACL:

The product recall obligations in the ACL only arise where a product is recalled due to some defect or dangerous characteristic of the goods. Voluntary recalls of products to remedy a harmless defect do not trigger the obligations under the ACL.

Details of all product recalls, voluntary and compulsory, are published on the Product Safety Australia website at www.productsafety.gov.au/recalls.

The recall notice may require the supplier of the goods to:

Penalties of up to $1.1m for a company and $220,000 for an individual may be imposed for failure to comply with a recall notice.

The supplier may also be required to, at its own cost:

If a compulsory recall notice is issued for goods that have been exported from Australia, the supplier must issue a written notice to all overseas consumers informing them of the product recall and must report this to the minister within 10 days after giving the notice.

Where the supplier cannot be found, the recall may be conducted by the ACCC, or a state or territory regulator.

1.2 Voluntary recalls
A supplier who is proactive and undertakes a voluntary recall when a safety issue is identified will generally have greater control over the process and be able to better manage the reputational risks than if they are forced to conduct a compulsory recall.

A supplier must notify the ACCC in writing within two days of initiating a recall. The notice must:

The requirements in relation to goods that have been exported also apply to voluntary recalls.

The regulator requires suppliers to provide updates on the progress of a recall. If the action being taken is not considered to be adequate to prevent the goods from causing injury, a mandatory compulsory recall notice may be issued.

1.3 Industry-specific recalls
Certain specific products are regulated by industry-specific regulators who will need to be informed of a recall and, in some cases, specific supplementary or alternative legislative regimes will apply:

Notice must be given if the injury or illness is ‘acute’, in the sense that it requires medical treatment by, or under the supervision of, a nurse or doctor, and notice must be provided within two days of the supplier becoming aware of the association between the goods and the injury, illness or death. This mandatory reporting obligation also applies to suppliers of services connected with a product (eg installers and technicians) as well as all participants in the supply chain for the goods or services, including retailers, dealers, hirers, distributors, installers, repairers, importers, manufacturers and exporters of the goods or related services.

The ACL contains a specific consumer guarantee that good must be of an acceptable quality, which means that they are as safe as a reasonable consumer fully acquainted with the state and condition of the goods (including any hidden defects of the goods) would regard as acceptable. Failure to comply with this guarantee, by supplying unsafe goods, constitutes a ‘major failure’. Whereas during both compulsory and voluntary recalls, suppliers can choose whether to replace, repair or provide a full refund for the recalled goods, for a major failure to comply with a consumer guarantee a consumer is generally entitled to:

– take action to recover compensation from the supplier for any reduction in the value of the goods below the price paid or payable by the consumer for the goods.

The ACCC can publish mandatory standards which make it compulsory to include particular safety or information features on products. There are currently 40 mandatory standards in force in Australia, covering a wide range of goods including portable swimming pools, cots, treadmills and sunglasses. Products can be banned if there is a risk that they may cause serious injury, illness or death. Bans may be permanent or interim. 23 product bans are currently in force.

Supplying goods which are subject to a product ban or which do not comply with a mandatory standard is a criminal offence.

2. Conducting a recall – some practical considerations

Suppliers of consumer goods must remain vigilant in their response to potential safety concerns. Suppliers risk criminal and civil penalties, and exposure to litigation (including class actions), if they do not adequately and promptly address known safety concerns.

To manage these risks, suppliers should have quality assurance and monitoring, complaints handling and other risk management procedures in place, so that they can identify product liability issues quickly and escalate those issues efficiently where appropriate. The reputational risk for a company for failing to address a safety issue or for being found to have ‘covered up’ known safety issues, is significant.

Suppliers should develop recall procedures which are appropriate for their particular structure and business activities. The procedures, and the company’s compliance with them in a recall situation, may be used as evidence of the company exercising due diligence, which may in turn provide a defence to prosecutions.

Suppliers will often have product liability insurance although the policy may be limited in respect of injury, loss or damage suffered as a result of defects that were known to the insured or which the insured had reason to suspect. Another common condition of product liability policies is that no admission, offer, promise or payment is to be made or given without the written consent of the insurer. Care should be taken to ensure that any recall action does not involve unnecessary admissions of liability.

Suppliers should carefully review their product liability insurance policy as soon as any defect or danger becomes known and, where possible, consult their insurer before any regulators are notified of a recall.

Record keeping is also crucial. A recall will be more effective when suppliers can readily determine which products are affected by a safety issue (eg through product markings and tracking) and be identify and contact the affected customers. This may also limit the extent to which a recall needs to be advertised, reducing the reputational damage.

As the table below shows, recalls conducted in the past couple of years cover a wide range of goods, with the majority involving cars, food and groceries and electrical and gas products:

The potential cost of failing to comply with Australia’s product safety laws was highlighted last year in a case brought by the ACCC against a major Australian retailer who was ordered to pay more than $3m in fines for various contraventions of the ACL, including failing to recall known hazardous products and failing to report incidents of serious injury or illness caused by the use of its consumer goods.

Although the company maintained a compliance programme, which was designed to ensure that its officers and employees understood the company’s legal obligations under the ACL, the court cautioned that a notional or ineffective compliance programme was not sufficient, noting that “the more serious the possible consequences, and the larger the enterprise, the more reasonable it is to expect a substantial and effective quality assurance program to eliminate, as far as possible, misrepresentations (particularly concerning product safety) and to make recall and withdrawal of products as efficient as possible”.