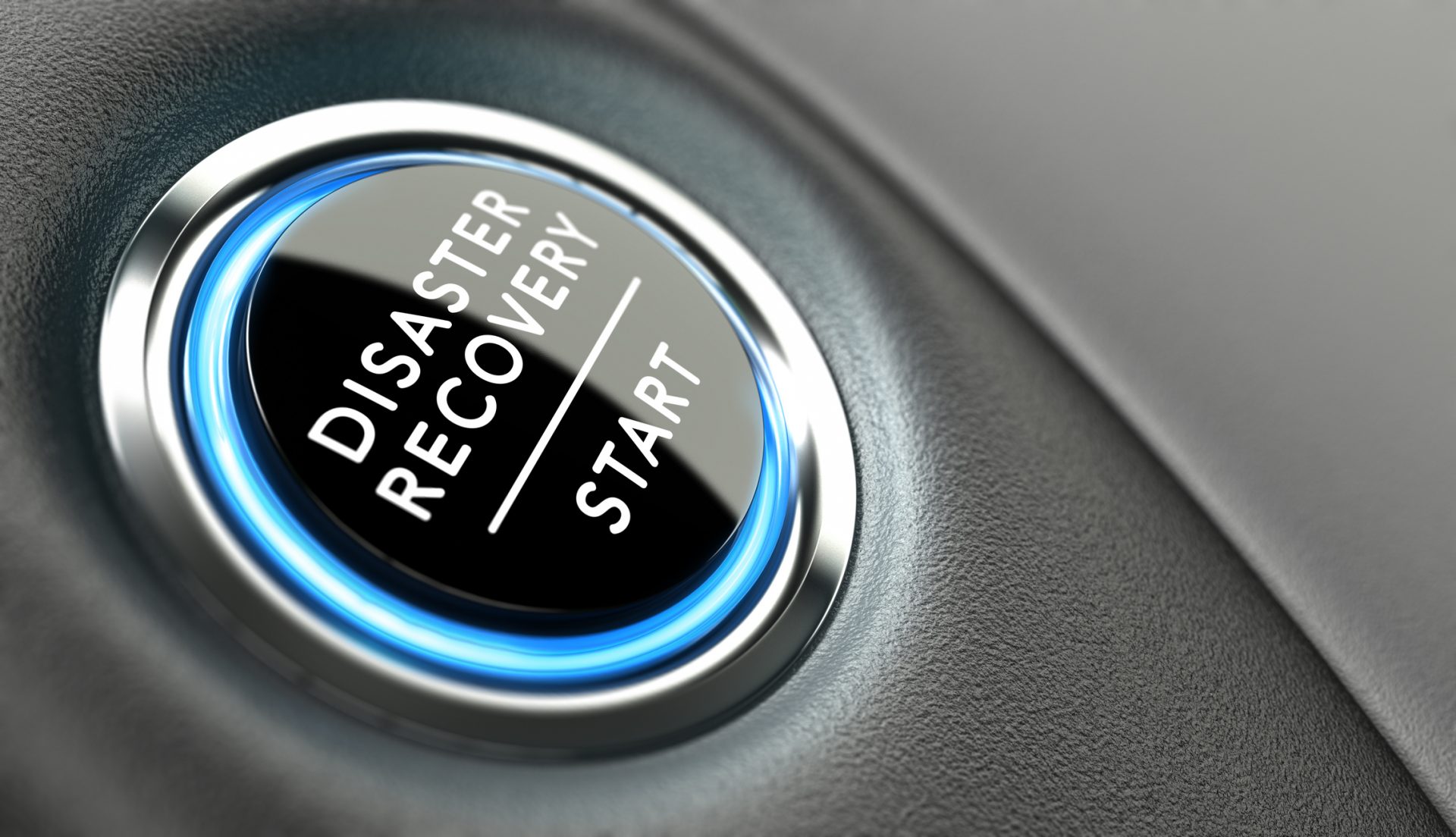 Product recalls are never far from the headlines. Whether it’s airbags, mobile phones, cars or food and drink products, the key to effectively managing a product recall incident is a tried and tested recall plan, a well-trained team and clear communications.

If you’ve read the previous chapter, you should be on your way to having this sorted.

The first important thing to realise is that a product recall event is different from other crises. If you have made a product that is faulty or contaminated and you don’t detect the issue in your own quality testing, you may not know anything is wrong until a consumer eats or uses the product. You may then start to receive reports of consumer injury for a product that you made several months ago. That means you are already weeks into a potential crisis, but only on day one of crisis management.

You may learn that your products are faulty from many sources, including consumers, retail customers, your suppliers, the authorities, or the media (traditional and social). How you respond to any of these sources in the early stages may impact the longer term outcome of your incident.

The following are my top tips to follow during a product recall event.

Management of the response and the incident strategy is the task of the product recall team. If they have been well trained, each member will know their own role and responsibility during an incident and will work effectively as a team to address the product issue. Unfortunately, under the stressful conditions of a real incident, we have seen that some product recall teams don’t refer to their recall plan. When under pressure, people often react using their knowledge, experience and ‘gut feel’. While this may be ok, referring to the plan is likely to speed up the decision-making process and ensure all appropriate steps are taken, which has a higher likelihood of achieving a better end result. We therefore advise that at least one member of the team is responsible for checking how the recall plan can assist at each stage of the incident management.

Managing a product safety incident can be very stressful and may involve many long hours for all involved. The best type of leader in a recall situation is one who delegates well, communicates regularly, and ensures all team members can fulfil their responsibilities with support from senior management. Recall team leaders should not be drawn into the minutia of tasks and should not assign the majority of actions to themselves – this will lead to gridlock.

Motivation from the team leader and other senior management is also essential to ensure the team work effectively. We have seen cases where the team leader becomes defeated by the scale of the issue which can bring down the entire team.

The real front line of your business at the time of a product recall incident is your consumer care team. For some companies, this could be a couple of people in the quality department, while others may have their own in-house team or an out-sourced call centre. Whatever your set up, during a product recall, the operators must monitor complaints including those via social media, email and phone and ensure they are rapidly escalated to the recall team. Many companies use a green, amber, red system for classifying the seriousness of complaints.

For example, a case of an electronic device where several consumers reported that it was malfunctioning. Later in the investigation, it transpired that the device was being left outside by the consumers who reported the fault when it was only meant for indoor use. Unfortunately, this information was not picked up until later because the consumer care team did not ask “where do you keep your device?”.

The recall team needs to understand the scale of the situation by delegating actions such as checking production records and instigating traceability checks, and by asking the following questions: What volume of product is affected? Where is that product? In your supply chain? With your customers/retailers? Is it being held in their warehouse or out on sale? Has it reached the consumer?

A very important step at this stage is to verify the facts. Are lab test results correct? We were involved in a case where an unusual positive microbiology result was reported by a lab, but when the company checked, the lab itself was not confident in the result as it had been reported when staff were in the process of being made redundant.

Other elements of the investigation include: Do you have retained samples that can be tested to verify the consumer complaints? What is the risk to health, if any? Is there any breach of legislation? Are testing services available to confirm the issue? Do production or maintenance records indicate that there may have been an issue during the manufacture of a batch implicated in the incident?

The recall team will also ensure that a thorough risk assessment is carried out. In the EU, the RAPEX risk assessment method applies to non-food consumer products. This gives guidance on the safety risk to consumers and helps to develop the appropriate response; ultimately whether to recall or not. In Australia and other territories, a similar system is used to assess safety risk to users.

At some point, possibly within hours of learning of the issue, the recall team will need to make decisions on the appropriate action to take. Do not under estimate the stress this can cause. It is important to have a thorough discussion and for all members to air their views, particularly because it often won’t be immediately clear what the best course of action is.

You don’t want to recall if there is no need to, but you don’t want to do nothing if your products are dangerous. Similarly, you don’t want to issue a limited recall if it then needs to be repeated only days or weeks later. The public and authorities view multiple recalls from the same company very negatively as it gives the perception that the situation is out of control. Take Takata airbags as an example. When faults were initially reported in 2013, only a few makes of car were involved. Since then it has been reported that tens of millions of cars may contain the affected airbag. The resulting financial and reputational harm on the company has been devastating.

Consumer safety must always be the priority and documenting your decision-making process in the midst of a recall is critical. What do you do? Stop distribution of the product, inform retailers to stop selling, or inform the general public to cease using or consuming the product? It is easy to stop distribution, but notifying retailers, particularly independent stores is very difficult. When it comes to informing consumers, that can be even more difficult. In previous years, recall notices would be placed in newspapers. Today it is more common to place notices on company websites or social media pages. National authorities, such as Product Safety Australia or Spring Singapore, will also place official recall notifications on their websites.

Communication is key at this stage, both internally and externally. Ensuring the wider business and supply chain partners are aware of where you are at with the incident is vital. Also, if you have product recall insurance you should be contacting them to notify them of a potential claim. Through your insurance, you are likely to have support from crisis consultants, such as RQA, that can offer both strategic and tactical advice and evaluate steps taken so far. Crisis consultants have most likely been through many product incidents and can offer valuable insight based on their experience and can offer a calm head in stressful times. The sooner you call the more likely they are to be able to help.

Companies with a social media presence must ensure their social media response fits with their overall communication strategy – ensuring you are seen to be in control and ‘ahead of the curve’. If it looks like you are being reactive to events, or worse, not putting consumer safety as a priority, the press and social media will come down very hard on you. In fact, in a world where all consumers are real-time reporters, it is the social media channels that will likely lead the story and traditional media (newspapers and TV) will follow. You need to be able to respond to that as more consumers are reverting to posting comments and complaints rather than picking up the phone.

If you reach the stage where you need to inform the authorities, it is imperative to be open with them, to show them that you understand the issue and are taking appropriate action. Never go to the authorities to inform them of an incident and hope they will develop an action plan for you. In such cases, they will not have confidence in you and they may take decisions out of your hands. This may result in larger scale action than would be necessary, not to mention the negative PR if it looks like a recall is being imposed on you.

If you are a consumer-facing company you will receive media enquiries about the incident. The key is to be as honest and open as possible, and reflect your brand ethos. If you sound like you are being defensive then that can have a very negative impact on brand reputation. (Read more about this in chapter seven). This was seen with Japanese dairy company Snow Brand which was widely reported as being an example of poor media management in their year 2000 product recall.

Managing product recalls is stressful and highly demanding but the decisions that the product recall team takes during that period can have a positive impact on the company in the longer term. If it can be seen that a company is doing its best to protect consumers, the loyalty to that product and brand can be retained and even enhanced.

Finally, as a quick tip, make sure you know the phone number of your local pizza delivery shop because you may be putting in some late nights!

Vince Shiers
As managing director of the RQA Group, Vince Shiers has responsibility for the RQA business in EMEA and Asia-Pacific regions. He has spent more than 20 years providing expert consultancy and training services to the food and consumer products industry and he has a degree and PhD in chemistry. Before joining RQA he worked for a consultancy, testing and auditing firm where he was responsible for services provided to manufacturers of food, packaging, nursery goods, electrical products, textiles and furniture.